If you know "Baba O'Riley" by The Who, you can read this grid as if it were a musical score. It was an assignment, of course, but my inspiration to use this song arose from a biography of Keith Moon I worked on for Avon Press. Keith had a short, and toward the end, not very happy life. His story touched me, and though I was never a particular Who fan in my ill-spent youth, once I listened to their music during this time, I definitely became a fan. It is fluorescent marker and Sharpie on Bristol board. Each square along the left of the grid explains what instrument which marks and/or colors represents. The grid doesn't just show the ebb and flow of the music; it actually represents the instruments used to produce the sound, as would be the case with a musical score. 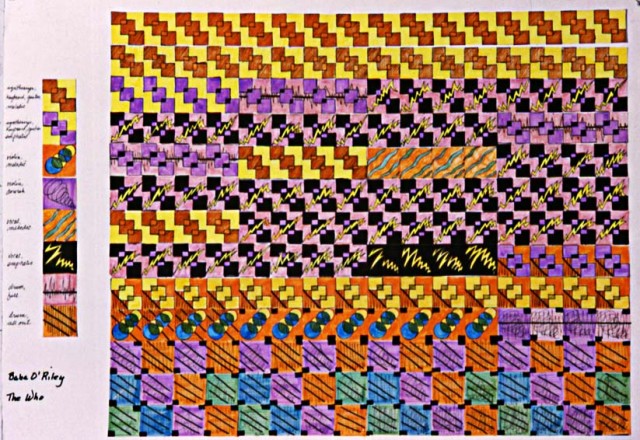