The first five images in this folder are from a project involving six images of the female members of my immediate family. I have an image of my great-grandmother, Gertrude Koon Miller, which has not been drawn and printed yet as I found it too late to use it for my litho class, and I made a litho of my other great-grandmother, Eveline Gilson Thrall, which just didn't turn out well. It was the first, and I wasn't used to the litho crayon. So I'll redo that one eventually and add the one of Gerti, as she was called, later.

In all cases, I used photographs that I scanned into Photoshop, adjusted, and then reversed horizontally and printed. Using the reversed image, I traced the rough outlines of the face onto the litho stone with newsprint dusted with iron oxide to form tracing paper. Once I had the rough outlines, I used the litho crayon to draw the face. When it was printed, it came out right side up. 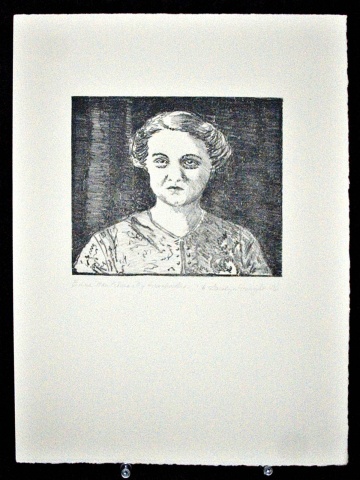 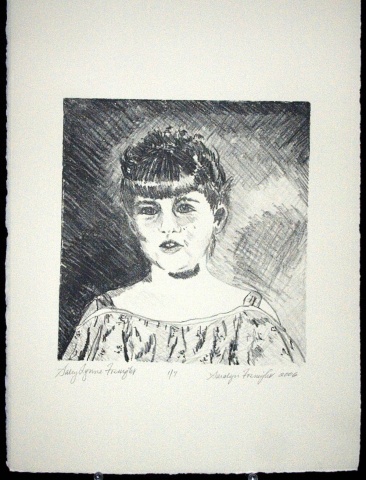 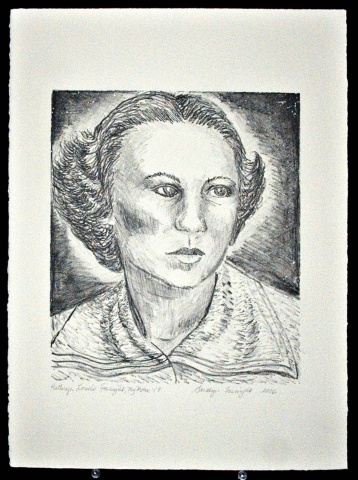 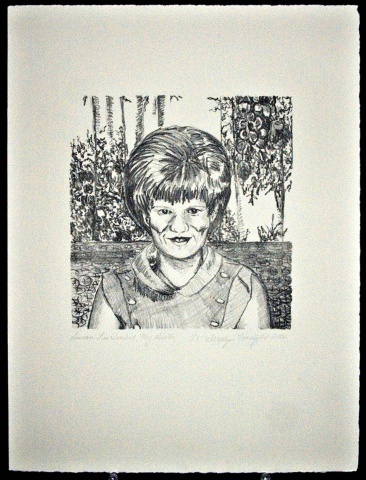 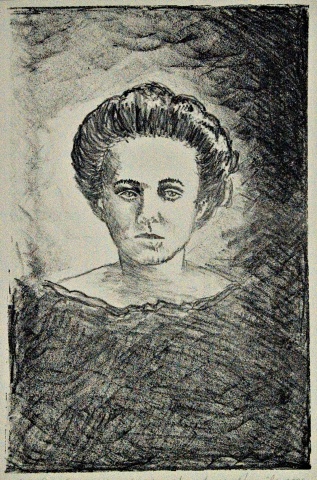