This pamphlet-stitch book contains two signatures, with a cover made from handmade 100 percent cotton-fiber paper (by the artist) lined with stiff brown paper. First edition of five copies. Printed on an Epson C84 inkjet printer. Poem was written initially in 1984. When I was tutored by Michael Heller in the mid-1980s, I showed it to him and he made some suggestions for tightening it. Further rewrites were made in 2004 when I made it into this chapbook-style artist's book. One copy given to my son for his birthday; one copy is mine; remaining copies given to other friends. The story the connected poems tell is based on the Biblical story of Cain and Abel. It concerns envy, murder, and rescue, a modern retelling with a woman at the center in the role of Cain. 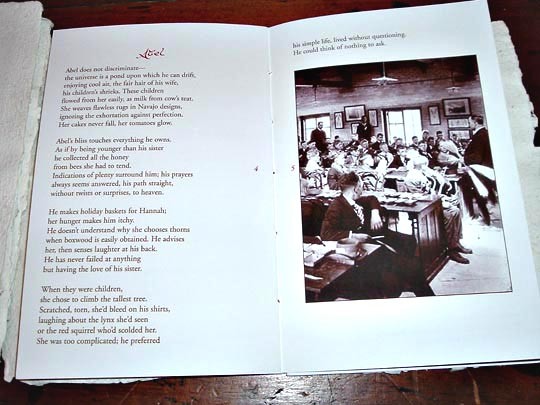 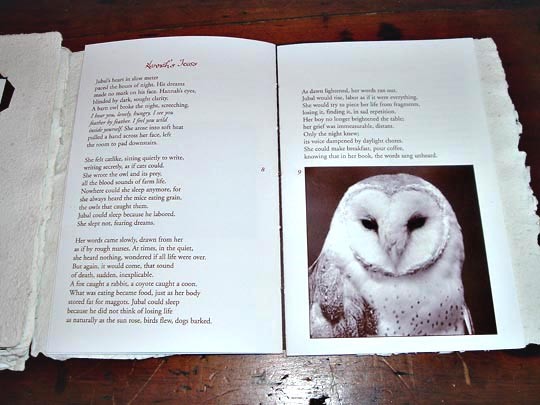 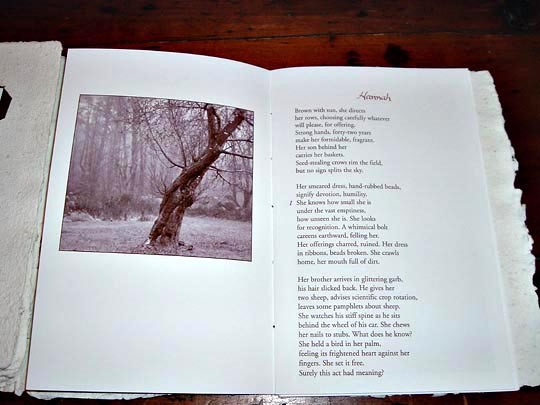